ESSEX COUNTY NAMED ONE OF THE TOP TEN ESSENTIAL CANADIAN BOOKS OF THE DECADE! 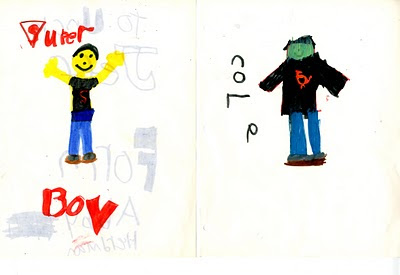 Some awesome new Superboy art by my niece Abby and my nephew Cole!
Posted by Jeff Lemire at 4:34 AM