5 New Comics in May! 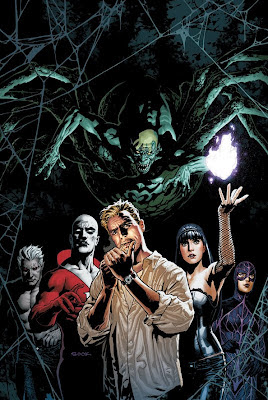 DC released their solicitations for their May comics this week and I have 5 new books coming that month! Among them are my very first issue of JUSTICE LEAGUE DARK (Ryan Sook's amazing cover featured above). So make sure to ask your comic shop to pre-order you a copy! 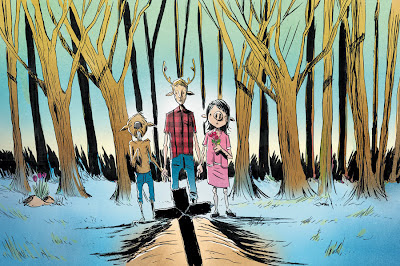 Also, Issue 33 of Sweet Tooth will ship that month. Like Issue 18, this will be another storybook type issue done in a "sideways" format. 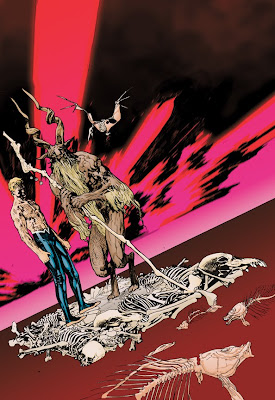 And then there is a triple dose of ANIMAL MAN as well. Animal Man #9 will ship along with Animal Man Annual #1 which features a brand new 48-page original story written by me and drawn by Timothy Green II. 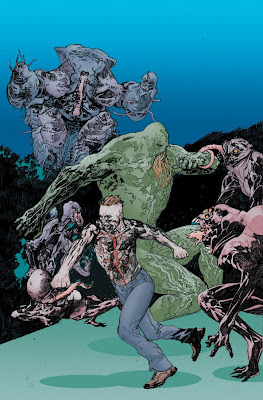 And, my final issue as writer of FRANKENSTEIN: AGENT oF SHADE will be released as well, featuring Frank battling The Rot on the trail of Animal Man! 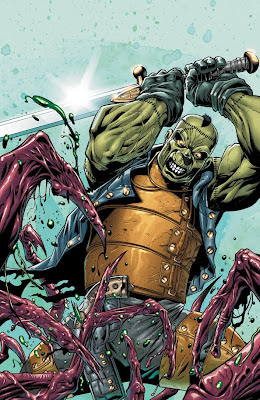 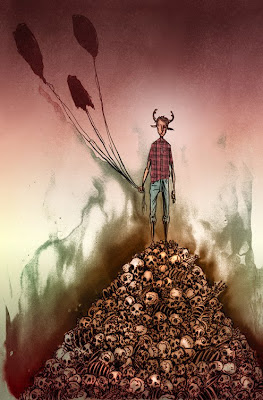 Sweet Tooth Vol.4 has debuted at #2 on the New York Times Bestsellers List for Comics an Graphic Novels! Thanks to everyone for the great support!
Posted by Jeff Lemire at 12:17 PM 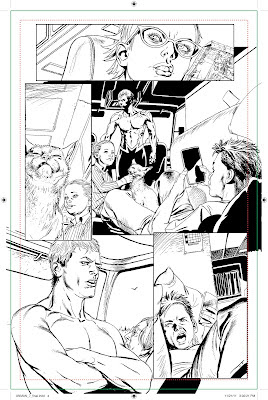 As announced today on DC's Blog, THE SOURCE the talented STEVE PUGH will be the new artist on ANIMAL MAN!
A big reason I love the Animal Man character so much is because of the work Steve did on the character back in the 90's with Jamie Delano. In fact, I don't think it would be a stretch to say that I have been heavily influenced by a lot of the concepts Steve an Jamie created and represented them in my tenure on the book. So, to have Steve join colorist Lovern Kindzierski. letterer Jared K. Fletcher and I is a a dream come true for me.
Steve is an incredibly talented illustrator as well as an extremely professional and reliable guy and with everything we have planned on Animal Man coming up, I know the Baker Family is in good hands!
And on another note I'd like to wish outgoing artist Travel Foreman the best of luck on all his future pprojects. The success of Animal Man is due in no small part to Travel's artistic vision and I was lucky to have worked with him.
Art from Animal Man #7 by Steve Pugh! 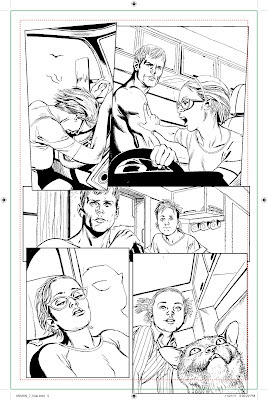 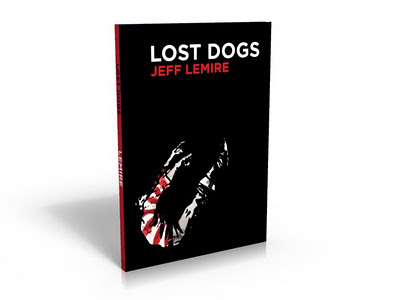 Long out of print, Jeff Lemire's Xeric-Award-winning LOST DOGS now returns in a newly remastered edition, soaked with blood and ink. This 104-page mythic yarn follows a family man who's larger than life... but even he may not be powerful enough to prevent the loss of everything he's ever known.

Bold, brutal, and emotionally raw, LOST DOGS represents an acclaimed storyteller's first professional work -- an early exhibition of the gifts that have made his ESSEX COUNTY and SWEET TOOTH so phenomenally popular.