Hello, sorry its been a while since I've sent one of these out, I was away this summer, and am just trying to get caught up on all my work. Today is a weird day. I have two books out, a first issue and a last issue. I'll start at the ending... 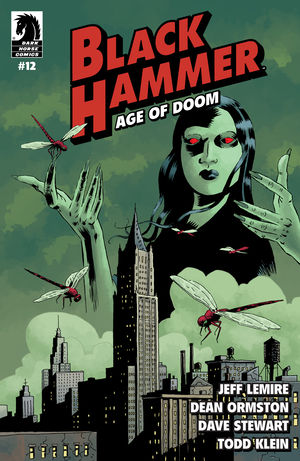 BLACK HAMMER: AGE OF DOOM #12 hits today and it is the final issue of the series. It's the end of the "farm" storyline which has been the spine of the Black Hammer universe, and was the the story from which everything else has sprung from.  Dean Ormston and I started working on Black Hammer in 2014, and here we are five years later, arriving at the end point I had always conceived for the series, and for out main cast of characters; Golden Gail Barbalien, Abraham Slam and the rest. It's always hard to end a story, especially one where you love the characters and the world as much as I love Black Hammer. But this is where the story led me, and this is where is needs to go. It's not the end of Black Hammer of course. Dean and I are already working on the next part of what we consider our "trilogy". The follow up to Black Hammer and Black Hammer: Age of Doom will focus on the character of Lucy Weber, as she struggles to live up to her role as the new Back Hammer. It also features a cast of all new characters, and some familiar faces. 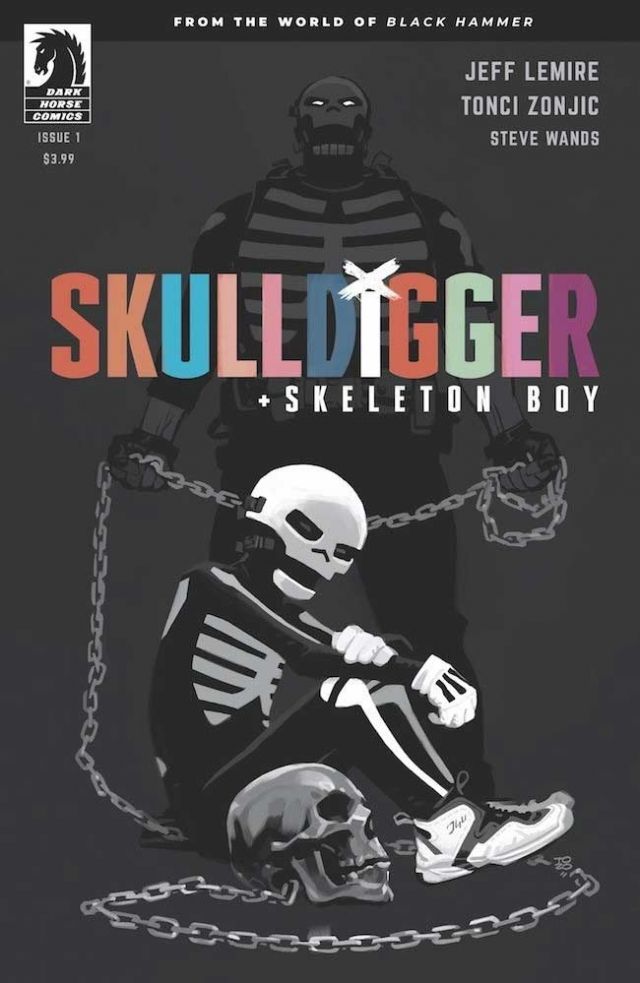 And starting in December we have SKULLDIGGER & SKELETON BOY, a Black Hammer series I am doing with the incredibly talented Tonci Zonjic (look at that cover!!)I just received this page of inks from Tonci this morning actually... 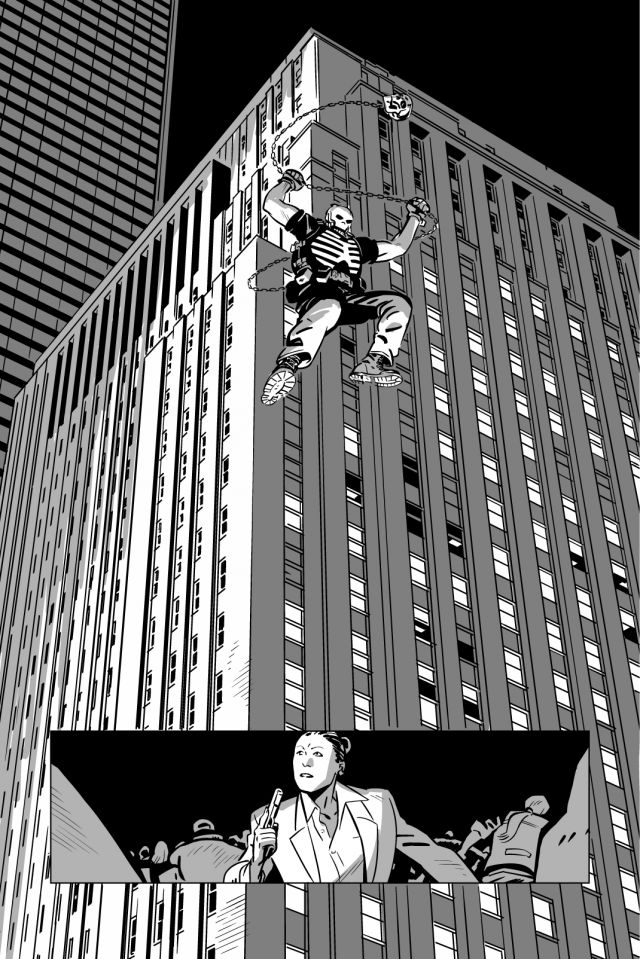 So, Age of Doom ends, but Black Hammer will continue! We have lots of cool BH stuff planned for the rest of this year and next. 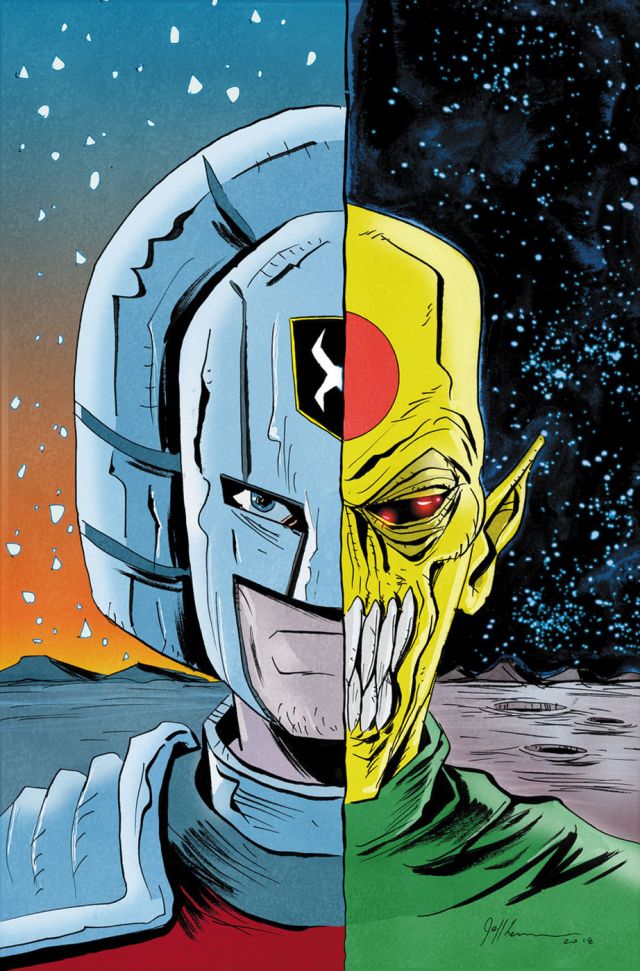 INFERIOR FIVE #1 also comes out today. This one has been percolating for a long time.  I co-write the series with the great Keith Giffen and he draws the main story while I draw 5-page back-up stories in each issue. This project was proposed to me back at San Diego Comicon in 2017, and I started working on it pretty much right away. So it’s been in the works for over two years. This is sort of a surreal dream project for me. As I said, Keith is a major influence on me. I grew up reading DC books in the 80’s and 90’s, and Keith was a major creator for DC back then. I read his stuff avidly; his Legion and his Justice League stuff, but also Ambush Bug, Heckler and everything else. And, as you may have read, this project is a quasi-sequel to DC’s INVASION event from 1988. It is set in the continuity of DC in 1988, and Keith actually co-wrote that series, and I was reading it. Very weird and surreal, which pretty much describes the whole series.To celebrate today's launch, here is a sneak peek at some of my unlettered and uncoloured inks from issue 5! 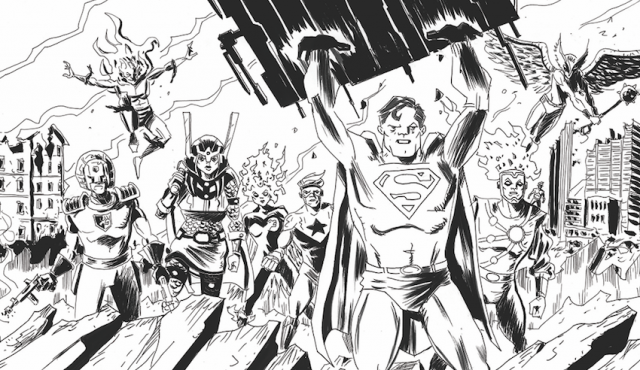 Just a note: All of my original artwork, including art from Inferiror Five, and signed books and prints, are available for sale at CADENCE COMIC ART! And finally FROGCATCHERS! My next original graphic novel Is coming out on September 24 from Simon and Schuster and Gallery 13! I was a bit overwhelmed, and incredibly grateful, when one of my writing heroes, WARREN ELLIS, read Frogcatchers this past weekend and said some nice things about it in his weekly newsletter...
Hello from out here on the Thames Delta, where I am reading an advance copy of the new Jeff Lemire graphic novel, FROGCATCHERS.  It is, as you'd expect, excellent. There's a breathtaking sequence early on where a hand in water morphs into a chest x-ray which morphs again into the face of a man laying on a bed.  Absolutely superb.  So few people are doing the kind of experimental literary work in comics that Lemire does, and fewer still do it this well. I don't have the kind of space to try that sort of thing any more, but others do, and I really wish they would.  We'd all be better off for it.
Edited to add:  Jeff asked me for a quote after I thanked him for letting me read it, and here it is:
"A perfect miniature of memory and loss, affecting and beautifully told in an outstanding use of the medium.  A haunting dream of a book."
FROGCATCHERS pre-order (UK) (US) - out next month. 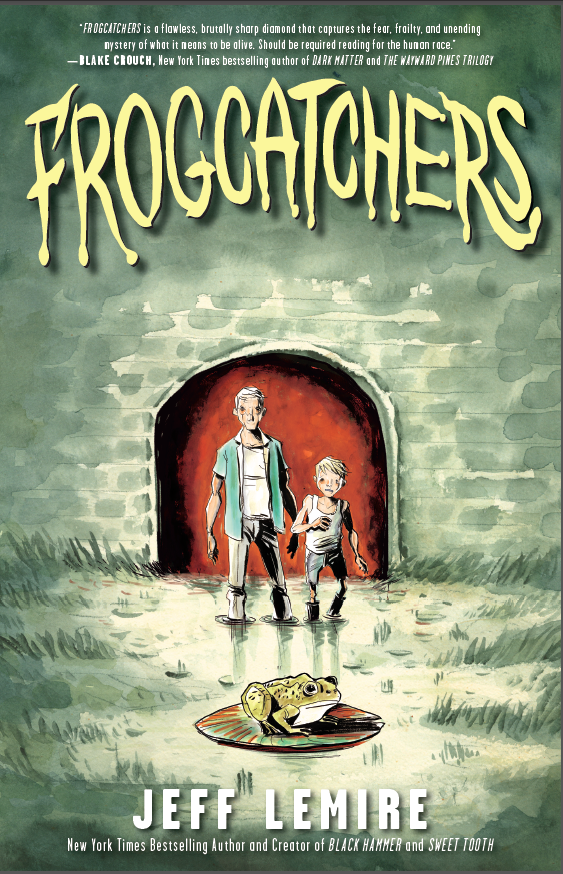 Your local comic book store, or book store, may not have pre-ordered Frogcatchers, so make sure you ask them to order a copy!


That's it for me this week. I am deep in my next graphic novel, a follow up to the above Frogcatchers. I have about 180 pages drawn and I anticipate it will be about 220. I hope to finish this one by early December, when the pre-production on the Essex County TV show kicks into high gear.