ESSEX COUNTY NAMED ONE OF THE TOP FIVE ESSENTIAL CANADIAN BOOKS OF THE DECADE! 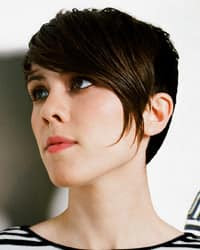 Quin, who is part of the music duo Tegan and Sara, is defending the graphic novel about the trials of a Canadian rural community.

Quin said she knows the graphic novel genre well and believes Essex County can be considered literature because of its "incredible characters and wonderful stories."

"The illustrations are so beautiful and so profound and tell a story all on their own," she said, speaking via video link at a press conference Wednesday.

Canada Reads announced its panellists and their choice of books for 2011 at the press conference.

The other panellists are:

Each of the 2011 panellists chose books from a list of 10 created after Canadians weighed in on the most significant Canadian books of the last 10 years.