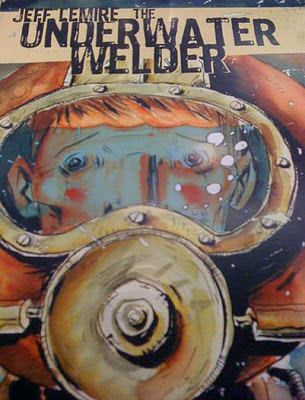 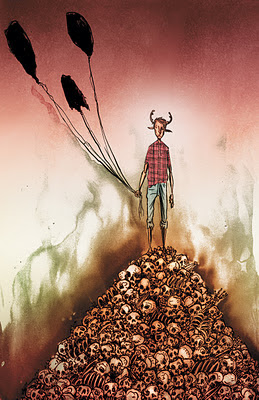 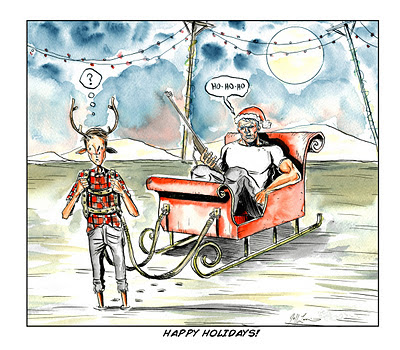 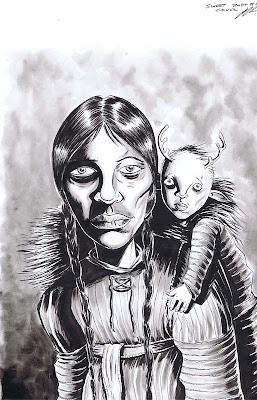 Interested in owning original artwork from Essex County, The Nobody or Sweet Tooth? I am currently working with two art dealers, both of which offer a wide variety of my work.
CADENCE COMIC ART has a collection of recent SWEET TOOTH art currently at discounted prices for the holiday season!
And my good friends at THE BEGUILING are selling work from ESSEX COUNTY, THE NOBODY and SWEET TOOTH. 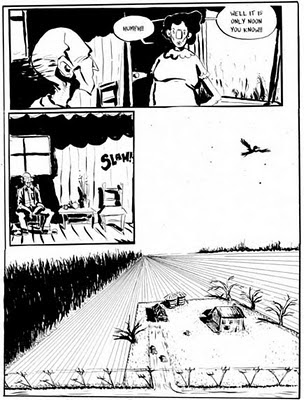 Today, Io9 posted a preview of SWEET TOOTH #28 (in stores this Wednesday), which they say “is ethereally illustrated by Matt Kindt.”

Animal Man#1 Goes Back to Press for a 4th PRINTING!

(The cover to the fourth printing of ANIMAL MAN #1)

That’s right, ANIMAL MAN #1 goes back to press for a FOURTH printing!

ANIMAL MAN written by Jeff Lemire and with art by Travel Foreman, has become one of the most acclaimed series of DC COMICS-THE NEW 52. Check out some of the praise below.

If you haven’t read issue #1 yet, now you still can!

“A solid, emotional, and thoroughly engaging book that is both complex enough to engage readers familiar with the characters, but simple enough to be new reader friendly. “Animal Man” stands out as one of the best books of the new DCU and it shows no signs of stopping.” —COMIC BOOK RESOURCES

“Powerful drama wrapped within a horror comic wrapped within a superhero story. This is a multi-layered artistic expression, the kind that elevates comics into the realm of literature.” —CRAVE

And for those of you who’ve been lucky enough to get your hands on issues 1-3, pick up ANIMAL MAN issue #4 tomorrow, as the secret history of The Red is revealed!

Head over to GAWKER’s IO9 for a sneak peek at ANIMAL MAN #4, in stores tomorrow.