SNYDER/LEMIRE AD: AFTER DEATH OUT NOVEMBER 23! 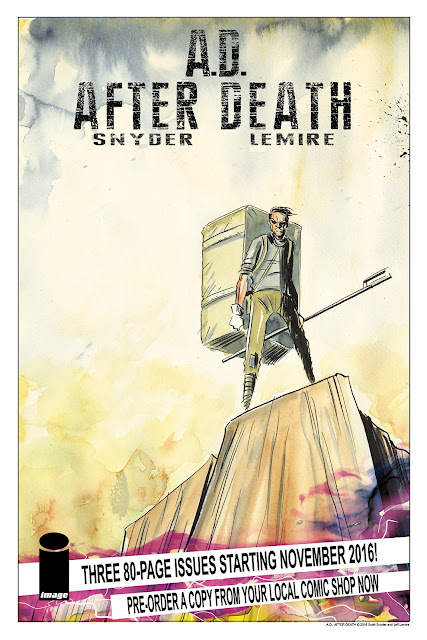 “What would a world look like when death becomes a thing of the past?”--VULTURE


“The most grounded and emotionally authentic glimpse at immortality ever put to the page.  This is only the first chapter, but it may just be the beginning of a masterpiece.”--Damon Lindelof (LOST)


“This book is next level stuff.”--Charles Soule (CURSE WORDS)


“A.D.: After Death – Book One pushes beyond the notion of what a comic book should be and gives readers a completely different, magnificently engrossing experience.”--COMICOSITY


“Hauntingly beautiful…. Snyder and Lemire are a dream pairing, two creators in fervent harmony that explore the uncomfortable, undeniable fear of death and the scarier prospect of what happens when it’s gone.”--ALL COMIC


“Do you know the first thing I did after I was done reading A.D. After Death? Flipped to the beginning and started reading again. It’s exciting, intriguing; it’s imagination run wild…. This book is a must-read, an instant favourite and a sure contender for Book of the Year.”--COMIC BASTARDS


SEP160618
(W) Scott Snyder (A/CA) Jeff Lemire
SERIES PREMIERE
What if we found a cure for death?
Two of comics' most acclaimed creators, SCOTT SNYDER (WYTCHES, Batman, American Vampire) and JEFF LEMIRE (DESCENDER, Moon Knight, Sweet Tooth) unite to create a three-part epic like no other, set in a future where a genetic cure for death has been found. Years after the discovery, one man starts to question everything, leading him on a mind-bending journey that will bring him face-to-face with his past and his own mortality. A unique combination of comics, prose, and illustration, A.D.: AFTER DEATH will be serialized monthly as three oversized prestige format books written by SNYDER and fully painted by LEMIRE. 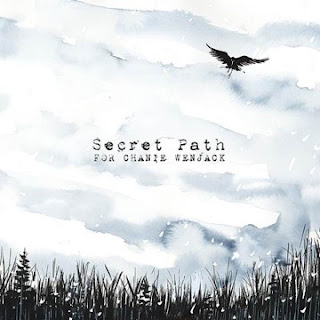 GORD DOWNIE ANNOUNCES SECRET PATH
PRODUCED BY KEVIN DREW AND DAVE HAMELIN
WITH GRAPHIC NOVEL BY JEFF LEMIRE
& CBC ANIMATED FILM SPECIAL
TELLS THE STORY OF CHANIE WENJACK, AN INDIGENOUS BOY WHO DIED RUNNING AWAY FROM A RESIDENTIAL SCHOOL FIFTY YEARS AGO
PROCEEDS WILL BE DONATED TO THE NATIONAL CENTRE FOR TRUTH AND RECONCILIATION
WWW.SECRETPATH.CA 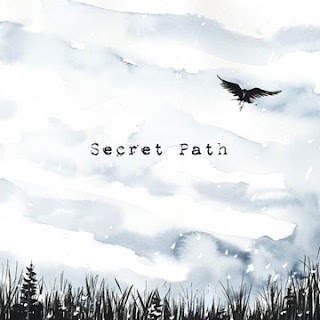 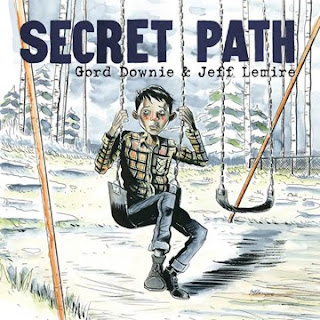