The Making of The Underwater Welder: Part 2

In this second behind the scenes installment of the work that went into The Underwater Welder I'll share some of the earliest character designs as well as a few more developed model sheets. The character of "Trapper" is my favorite to draw. he was modelled after Elliot Gould in Robert Altman's MASH, and I even called him Trapper after Gould's character.

Incidentally the lead characters, father and son Jack and Pete were originally named Jack and Ted as an homage to the greatest father/son superhero comic ever, James Robinson's STARMAN. But I changed it at the last moment to Pete because my Father's name is Ted and I didn't want him to think that the character, an alcoholic and often absentee dad, was a reflection of him. My Dad was about  the best Father you could ask for and couldn't be further from the Pete/Ted character. 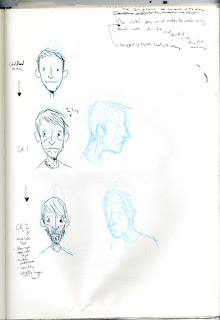 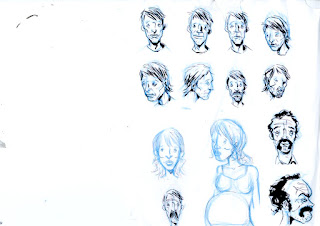 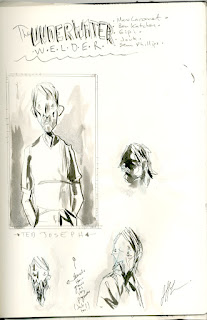