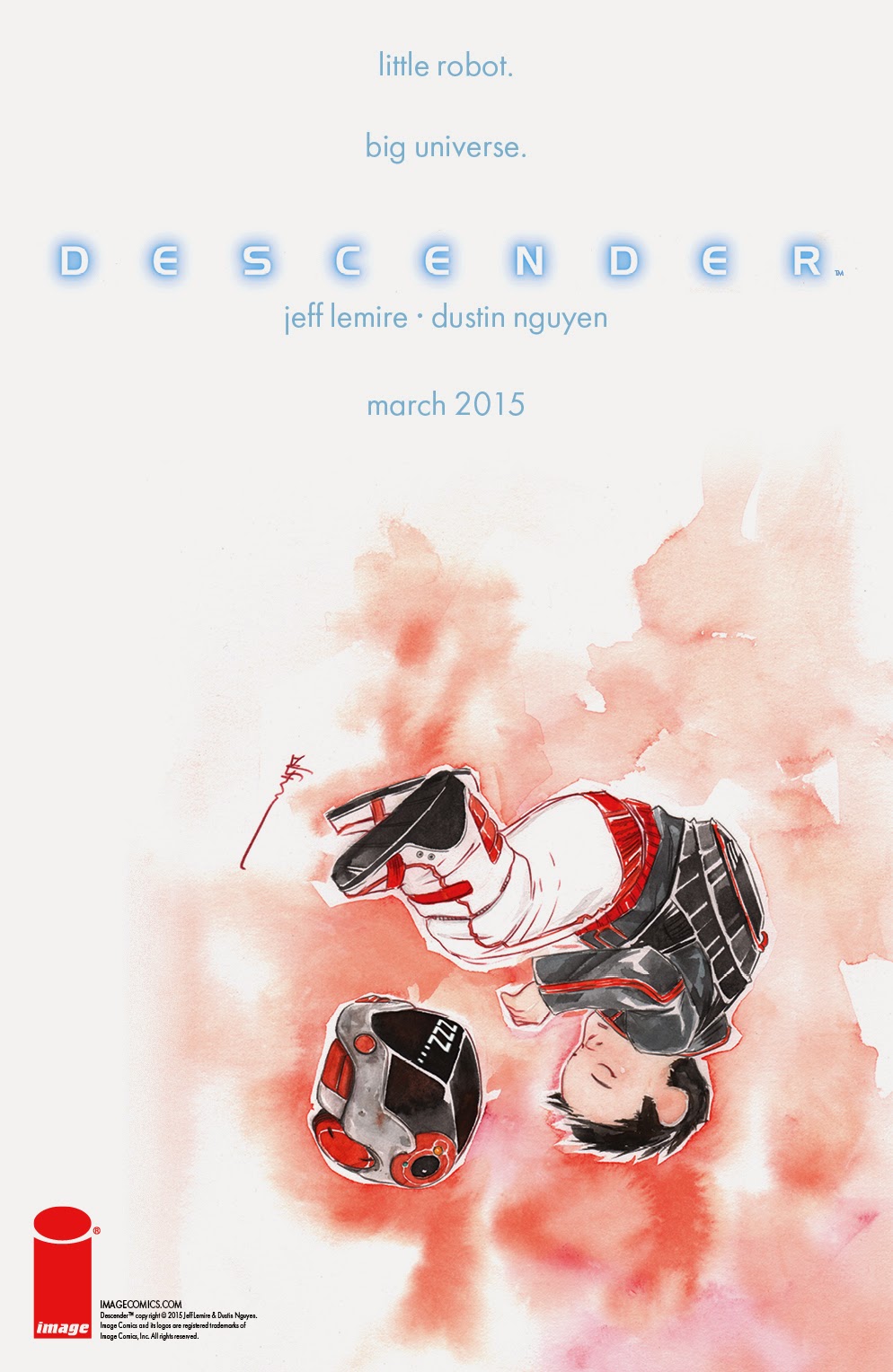 “ ​Jeff Lemire has a real talent for ​drawing me into cold, alien worlds that I'd never dream I'd care about and then having me not want to leave them.”--Mark Waid, IRREDEEMABLE