After a bit of juggling, the release dates for both of my next 2 graphic novels. AD: AFTER DEATH, (written by Scott Snyder) from Image Comics and ROUGHNECK from Simon and Schuster are now set. 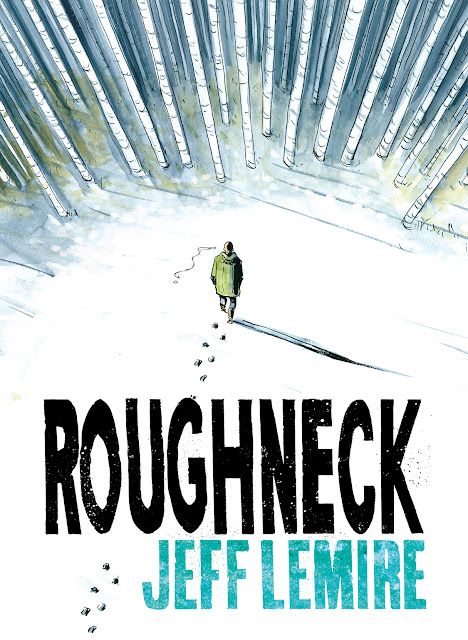 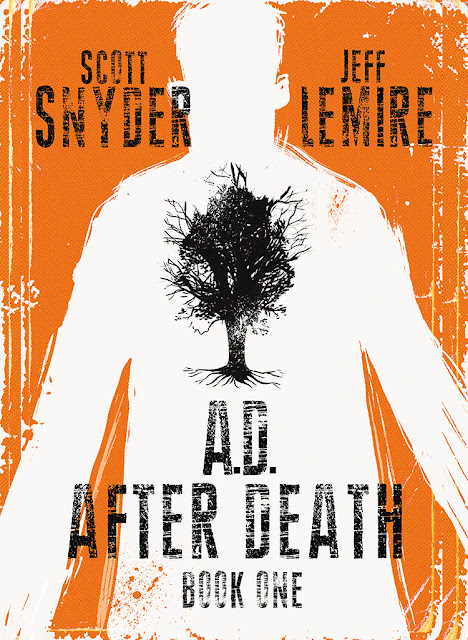 Due to its increased scope and size, Scott and I have decided to expand AD:AFTER into three 72-page PRESTIGE FORMAT VOLUMES that will be published monthly!

BOOK 1 WILL BE PUBLISHED  THIS NOVEMBER!

What if we found a cure for death? Two of comics most acclaimed creators, SCOTT SNYDER (WYTCHES, Batman, American Vampire) and JEFF LEMIRE (DESCENDER,  Moon Knight, Sweet Tooth) unite to create a three part epic like nothing you've seen in comics. Set in a future where a genetic cure for death has been found, one man starts to question everything, leading him on a mind-bending journey that will bring him face-to-face with his past and his own mortality. A unique combination of comics, prose, and illustration, A.D.: AFTER DEATH will be serialized monthly as three, oversized prestige format books written by Snyder and fully painted by Lemire.
Posted by Jeff Lemire at 7:32 AM